Preparation Can Help Dogs Cope with Their People Returning to Work 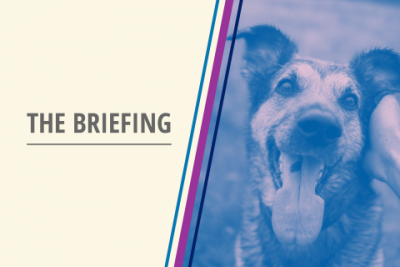 Millions of people returning to the workplace means millions of pups left home alone – some of them never having experienced their people being gone all day.

“This is something that's a big deal for a dog, if you have been around home most of the time and now you're going to go back and be gone 40-50 hours a week,” said Brian Hare, a professor of evolutionary anthropology and the co-director of the Duke Canine Cognition Center. Hare studies how dogs think and solve problems. He discussed the effect on dogs of their people returning to work in a virtual media briefing. Watch it here.

Hare said dog personalities vary wildly, but that dogs who aren’t accustomed to time alone could have separation anxiety at first.

“The way they express that anxiety is often damaging furniture or doors as they're being anxious and scratching or maybe chewing things, maybe they go to the bathroom, maybe they whine, cry, howl, bother a neighbor,” he said. “This type of behavior is one of the leading causes for people to think about placing their dog in a shelter.”

HOW TO MANAGE THE TRANSITION

“Don't introduce it all at once, don't just rip the band aid off, as it were. Slowly introduce the idea that you're going to be leaving some. A few weeks before you go back, increase the increments of time during the day that you leave your dog, in a different room, if they're crate-trained you can give them some alone time in their crate, or to go shopping. If you start small, even if it's 5-10 minutes, and increase that increment over days I'm sure your dog would respond really positively, especially if you take your time with it … you just slowly build up those times and be patient and you can get there.”

“When they go to the bathroom, they don’t finish in one bout. They need to go, especially when they defecate, multiple times. So, if you are on a walk and you’re letting them go to the bathroom before you go to work, it’s almost certain that if they have one bout they’re not done. If you then leave for a long time, they’re going to be really uncomfortable.”

TIPS FOR WHEN YOU LEAVE

WHETHER TO USE PET-MONITORING DEVICES

“Anyone who's worried or seeing signs of stress in their dogs when you’re leaving – licking their lips, any kind of yawning behavior, if they become agitated and they're whining -- those are all signs they may be experiencing some anxiety right now. That would be a clue that maybe I should set up one of these cameras, especially near where you leave, and just see are they really having a hard time, are they able to calm down relatively quickly, or is it something that you need to maybe take some steps to help your dog.”

FOR PANDEMIC PUPPIES WHO AREN’T YET SOCIALIZED

“There's the association of pet dog trainers … doggie daycare for a dog that might need some extra help as you transition … or maybe there's a dog walker that you could use. Give your dog a little bit of a bridge as you transition back.

“I think most dogs are going to be able to handle these kinds of changes and hopefully we won't see a big uptick in dogs being returned to shelters.”