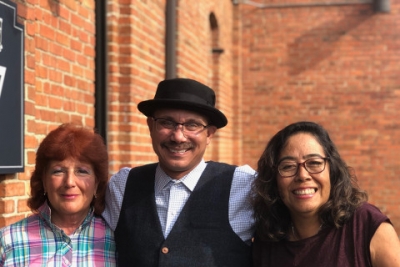 Fall 2020 Update: New sessions in this Mellon Seminar Series will occur October 8, 15 and 19. Details and links to register are included below.

A seminar series focused on language discrimination in fragile and precarious communities proposed by faculty in the Trinity College of Arts & Sciences at Duke has attracted key funding from The Andrew W. Mellon Foundation.

The project has been designated a Sawyer Seminar Series and awarded a grant of $225,000 over two years. Institutions must be invited to apply for the opportunity.

Their grant application defines fragile communities as “areas with high proportions of residents who struggle financially in their daily lives and have limited opportunities for social mobility.”

“Within a particular language, people who use the linguistic form associated with privilege and power typically claim that they are more civilized, refined, or advanced; they certainly have more access to institutions essential for upward mobility,” the team explained.

“Conversely, those who do not speak the prestige dialect face stereotypical characterizations of being uncivilized, stupid, and even criminal. Language use is a powerful social construct with very real and material consequences.”

The series is expected to launch in fall of 2020 and will feature approximately 20 guest speakers from around the globe addressing the many layers of social and cultural tension in language discrimination. Four neighboring North Carolina universities will partner with Duke on this effort, and graduate students will have the opportunity to be involved throughout the series.

Genetic Race? An Exploration of Ancestry Testing and Racial Identity

Can genetic tests determine race? Americans are fascinated with DNA ancestry testing services like 23andMe and AncestryDNA. The speakers will introduce the concept of "genetic race" by considering ways in which DNA ancestry tests may affect contemporary understandings of racial identity. They argue that these tests are poor proxies for race because they fail to reflect the defining social, cultural, relational, and experiential norms that form identity. Consequently, they strongly caution against defining race in predominantly genetic terms. Three separate legal contexts are addressed: (1) employment discrimination, 2) race-conscious initiatives, and (3) immigration.

Crying, Control, and Masculinity in the Language of Donald Trump

Donald Trump’s speeches as president provide many examples of narratives of masculinity where he elevates himself as the pinnacle of virility, strength, toughness—and whiteness. Wallace Chafe (1998) and other scholars (e.g. Norrick 1988) have written about the ways in which repeated tellings of the same story open a window not only into patterns of language, but also into the workings of the self. In the case of Trump, a revealing example of a narrative of masculinity is found in a series of retellings that Trevor Noah of The Daily Show compiled into the satirical Christmas video, “Trump’s Mythical Crying Man Yule Log” (The Daily Show 2018). In this video montage, a stone fireplace frames the center of an old-fashioned cathode-ray TV where video clips of Trump are gently licked by flames. The clips are taken from Trump’s campaign stops, speeches, and conversations with reporters, documenting 15 distinct instances of Trump retelling the same story with minimal variations. The structure discernible in Trump’s narrative series is formulaic, with each instantiation filling in variable details, and recycled on many public occasions. Sometimes, the man is a steelworker, or a miner, or a farmer. Sometimes it’s a group of men who are crying. Occasionally there is one holdout in the group who does not cry. This man-crying-before-Trump sequence is a great example of not only a narrative of masculinity, but also a “comedic gesture,” where Trump dramatically drags his hands across his face to show copious crying (Goldstein, Hall and Ingram 2017). While it is well attested that politicians recycle narratives and inflect them to suit their audiences (Fenno 1978), Trump’s narratives go one step further, often revolving around self-aggrandizement, situating him as both the pinnacle and arbiter of toughness. The recurrence of this leitmotif is precisely what renders it an organizing narrative of Trumpian masculinity.

Sociolinguistic (In)justice in Higher Education: Solving the Problem We Created

Latinx Languages and Identities Beyond Borders