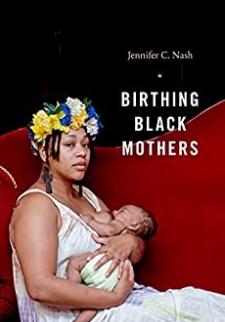 In Birthing Black Mothers Black feminist theorist Jennifer C. Nash examines how the figure of the “Black mother” has become a powerful political category. “Mothering while Black” has become synonymous with crisis as well as a site of cultural interest, empathy, fascination, and support. Cast as suffering and traumatized by their proximity to Black death—especially through medical racism and state-sanctioned police violence—Black mothers are often rendered as one-dimensional symbols of tragic heroism. In contrast, Nash examines Black mothers’ self-representations and public performances of motherhood—including Black doulas and breastfeeding advocates alongside celebrities such as Beyoncé, Serena Williams, and Michelle Obama—that are not rooted in loss. Through cultural critique and in-depth interviews, Nash acknowledges the complexities of Black motherhood outside its use as political currency. Throughout, Nash imagines a Black feminist project that refuses the lure of locating the precarity of Black life in women and instead invites readers to theorize, organize, and dream into being new modes of Black motherhood.