The Brodhead Service Award, named in honor of President Richard H. Brodhead, is given annually to a Trinity College of Arts & Sciences undergraduate, alumnus/a, or staff member who has demonstrated exemplary service to or in support of the school. A nominee could, for example, be an engaged volunteer or board member; a student who launched a program, led an initiative, or held a leadership position in a service-oriented organization; or a staff member who served the university in a professional or advisory capacity for many years.

The award was established in November 2016 by the Trinity College Board of Visitors to honor President Brodhead’s 13 years of service to and leadership of Duke University.

Over his two terms, Brodhead worked to enrich undergraduate education and to unify Duke’s academic opportunities with the residential experience. Brodhead led the expansion of Duke’s financial aid endowment to ensure that admitted students can afford to attend regardless of their financial circumstances. Under his leadership, Duke engaged in a renewal of iconic campus buildings—the West Union, Rubenstein Library, Duke Chapel, and Baldwin and Page Auditoriums—that has preserved historic exteriors while transforming interiors into welcoming spaces that foster true community. Duke also established the Duke Global Health Institute, an interdisciplinary center that works to translate research findings to address health care inequities and improve the health of people around the world, and launched the signature program DukeEngage, which gives Duke undergraduates the opportunity to apply their classroom knowledge in service to society, either in the U.S. or around the world.

Nominations will be solicited throughout the academic year and members of the Trinity College Board of Visitors, in consultation with the Dean of Trinity College, will select one honoree from this pool. The award will be presented in the spring of each academic year.

Nominees should meet the following attributes: 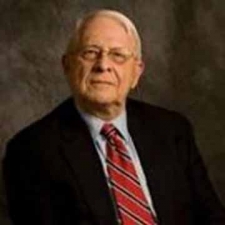 Gerald Wilson is the 2019 recipient of the Brodhead Service Award. A pre-law advisor, history professor, and academic dean in Trinity College, Wilson has been at Duke for over half of a century. During this time, he has been an exemplary educator and mentor, with many of his students describing him as “insightful,” “inspirational,” and “utterly brilliant.” He was named “Best Professor” by the Duke Chronicle in 2014 and his course “American Dreams/American Realities” continues to be one of the most popular classes within Trinity College. He is also widely recognized as the most preeminent pre-law advisor in the country. Wilson truly lives out the exemplary vision, dedication, and leadership set forth by President Brodhead during his tenure at Duke. 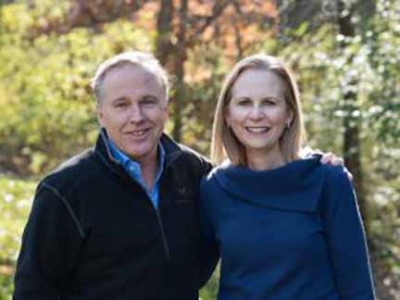 Elizabeth York Schiff ’81 JD’85 P’14 and James Schiff ’81 P’14 were the 2018 recipients of the Brodhead Service Award. Proud Duke alumni and parents, the Schiffs are exemplary volunteers and supporters of Duke. Their philanthropy has transformed the university in truly incredible ways, from funding academic and thesis advising for a variety of programs to supporting undergraduate faculty-mentored research and a professorship in the English department. The Schiffs have also demonstrated extraordinary leadership at Duke, serving as members of the Trinity Board of Visitors from 2007-2013 with James Schiff serving as chairman from 2011-2013. 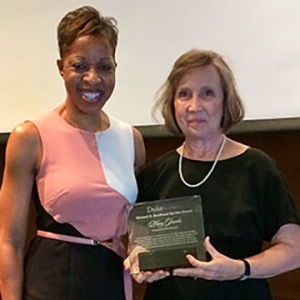 At the 2017 Spring Trinity Board of Visitors meeting, Dean Valerie Ashby introduced Mary Jacobs as the first Richard H. Brodhead Service Award recipient. Jacobs is the administrative manager and assistant to the dean. She coordinates all meetings (8-15 each day, often with up to 40 individuals), provides the dean with vital background and historical information, and handles meeting follow-up with amazing grace and ease. Jacobs has served 10 deans over her 29 years at Duke.