Each year, the Arts & Sciences Council honors outstanding faculty members for their teaching, service, mentoring and research. Since her arrival, Dean Valerie Ashby has also bestowed honors on those who distinguished themselves through leadership and the advancement of diversity.

This award recognizes how diversity drives excellence in research, teaching, advising, mentoring, and service. All Trinity faculty, staff, and graduate students are eligible.

Housed within the Department of Asian & Middle Eastern Studies, this new minor is dedicated to an interdisciplinary study of the people of Asian descent in the U.S. and will offer an exploration of the history, culture and experiences of Asian Americans and the Asian diaspora, focusing on the pan-Asian coalition of East Asian, Southeast Asian and South Asian Americans.

Esther’s work and the clarity she brought to this effort has enriched the diversity of our curricular offerings in ways that add value to the world-class liberal arts education Trinity promises, and that reflect the priorities and interests of Duke undergraduates.

Shaundra Daily and Nicki Washington, Professors of the Practice of Computer Science

Initially hoping to attract 20 computer science faculty into the program's Spring 2021 launch, they instead garnered 144 individuals from 67 different organizations across four countries for the inaugural cohort.

The program has its roots in Nicki's research, which is focused on identity and broadening participation in computing. Shortly after joining Duke in 2020, she connected with Shaundra, a faculty member in Electrical and Computer Engineering (ECE) and Computer Science, who shared her goal of creating a program that centers the perspectives and expertise of Black women, in particular.

In addition to the success of 3C, they have extended their successful partnership through the distinct but complementary Alliance for Identity-Inclusive Computing Education, which earned $10 million in funding from the National Science Foundation in August. These two are transforming participation and perspectives in computing.

This award recognizes a group of people or an individual who have demonstrated exceptional leadership to the department, college or university through research, teaching or service. All faculty and staff of Trinity College of Arts & Sciences are eligible for the award.

Since 1989, Rick has taught legions of fortunate Duke students about American art, contemporary visual studies, and the art of the African Diaspora.

Particularly recognized for his authority on African American art and culture, Rick has organized numerous art exhibitions at major museums including the Art Institute of Chicago, the Fine Arts Museums of San Francisco, the Los Angeles County Museum of Art, the New Orleans Museum of Art, London’s Whitechapel Art Gallery, and the Whitney Museum of American Art.

Rick has also written extensively on topics ranging from primitivism to postmodernism, in works including: Homecoming: The Art and Life of William H. Johnson; Black Art: A Cultural History; Cutting a Figure: Fashioning Black Portraiture; and, most recently, Going There: Black Visual Satire, which examines satirical cartoons, paintings, films, and videos by modern and contemporary African American artists.

This year, Rick was selected to present the 71st A. W. Mellon Lectures in the Fine Arts at the National Gallery of Art in Washington, D.C. He delivered his six-part series on “Colorstruck! Painting, Pigment, Affect” – an examination of how colors, whether chromatic interactions in paintings and the sociocultural dynamics of race, collide in unanticipated ways.

Steve is an essential member of the team that shaped Duke’s COVID-19 response and, in particular, organized and monitored our surveillance testing program, which at its peak included a dozen self-administered test sites serving undergraduate and graduate students, faculty and staff.

Before vaccines were available, the use of surveillance testing and rapid turnaround of test results was credited with keeping infections low.

The data produced at those sites – routed through Steve and his colleagues for analysis and modeling – was invaluable in guiding university decisions throughout the pandemic.

As an example, in June 2021 they elected to continue surveillance testing of students and the university community despite a significant decline in cases. At the time, Duke was the only university to do so, but with the arrival of Delta in September last year, many others followed suit – and quickly. 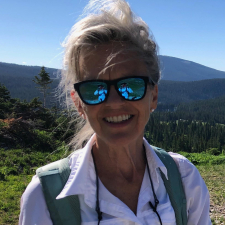 From students: “Taking [Professor Hill's class] has introduced to me the many nuances in the concepts I had formerly been exposed to. I would also argue that this new method of learning encourages me to ask more questions because of the substantial increase in critical thinking required, which I am thankful for!"

"I appreciate the mastery aspect in this class!! Learning is not just about making the grade, but it's about understanding HOW + WHY something works the way it does. I feel like I am leaving Biology understanding a lot of material and how it actually works in my body.”

“This course was designed with a lot of forethought. We had an entire lecture/insight on learning and different techniques to learn best. My performance in this class may have not been the best, but I did learn, interestingly, how to learn from this class!” 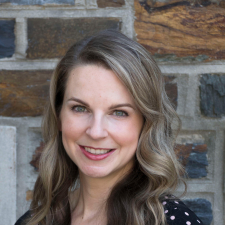 From students: “Every lecture was very well-organized and structured, yet was engaging! It felt like a TED-talk. Prof. Hard proposed ways that we could apply the concepts we learned in class to our own lives or our relationships with those around us, which was very helpful."

"I really liked how Bridgette welcomed discussions and how we could just talk about we learned. She didn't just lecture at us but allowed us to relate to the material. This class was my highlight of the week, and I genuinely looked forward to it every Monday. I cannot stress enough how grateful I am that I took this class. I'm going to miss this class, and it has easily been my favorite class so far at Duke." 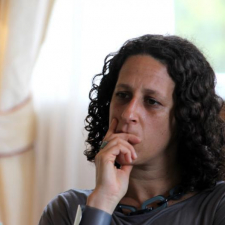 From colleagues: “By contrast to the temptation of some of us to go easy, [Stein] has a reputation as a very challenging teacher, one who demands full engagement and teaches difficult material. That makes it all the more remarkable that students have such high praise for her. I’ve heard them speak about her classes as their very favorites, precisely for the way that they felt challenged and inspired. They describe Rebecca’s courses as genuine intellectual experiences that delve deep and reward by their complex richness. ” 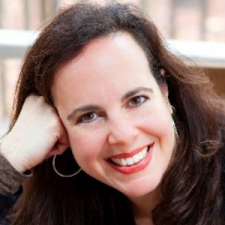 From Students: “Kelly is so, so supportive of her students, and knowledgeable and passionate about her subject. I will always remember this class!!”

"Without a doubt, this is the best class I have ever taken at Duke. Professor Alexander is the best! Class was always extremely interesting and everyone always wanted to participate. I highly recommend this to anyone that wants to take it."

"Professor Alexander really cares about transforming students into better writers. She designs her class to be fun and instructive, and she's knowledgeable in the wide array of topics we covered. One of the best professors/teachers I've ever had.

Award for Excellence in Advising

The Award for Excellence in Advising, first presented in 2007, honors faculty and staff advisers who have helped guide undergraduates in the first two years at Duke. 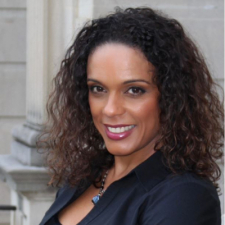 From students: "I would’ve been lost without her…she helped me choose classes that really helped me grow and learn what I wanted to do. She gave me advice and explained things to me in ways I had never thought of before. She really helped me come to terms with my identity and who I am, and that itself is something so valuable to me, I could never be grateful enough for that. Words she said to me my first semester freshman year I can still remember so clearly, her impact on my life is unmeasurable."

“I always appreciate the time that Dr. Wilbourn took to make sure that I was always doing okay, both with my physical and mental health. I always knew that I had a faculty member that cared about me and knew me for who I was outside of my academics, which I know not all students experience."

Award for Excellence in Teaching Writing

This award recognizes exceptionally strong teachers of academic writing. The award is made possible by the generosity of the Karen Blumenthal and Scott McCartney Endowment. 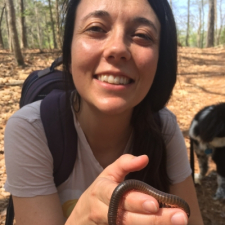 From colleagues: “Through her classroom teaching and course design, students are encouraged to engage with scientific writing and entomology not only as undergraduates, but also as citizens with the potential to influence public opinion and propose policy. Dr. Parsons enlivens her class and broadens its scope by providing students the opportunity to interact with class visitors, who this semester included Duke scientists and a local government official.”

Find more information about past winners at the Thompson Writing Program website.

Yue Jiang, Assistant Professor of the Practice of Statistical Science 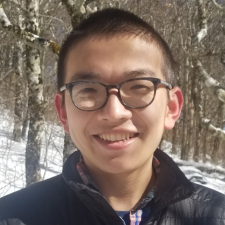 Yue Jiang ’12 is Assistant Professor of the Practice of Statistical Science at Duke University. He joined the faculty in January 2020 after finishing his Ph.D. in Biostatistics at the University of North Carolina but has always been a Duke fan at heart, having graduated with degrees in Statistics (B.S.) and Earth and Ocean Sciences (B.A.). His applied research collaborations broadly deal with health outcomes research in gastroenterology and hepatology.

On campus, Yue teaches a number of statistical science courses and also collaborates with the medical school with respect to statistical education and quantitative literacy. He enjoys working with undergraduates in small-group and one-on-one mentored research experiences, and is also involved in various aspects of the undergraduate experience, with a particular interest in issues surrounding academic integrity.

Find more information about past winners at the Duke Alumni Association website.

University Scholar/Teacher of the Year Award

This award, co-sponsored by the Center for Instructional Technology, recognizes teaching excellence with a significant technology component. The faculty winner will receive a $5,000 prize. The award is open to all faculty who teach Trinity College of Arts & Sciences undergraduates.