A Comforting Voice on the New Testament 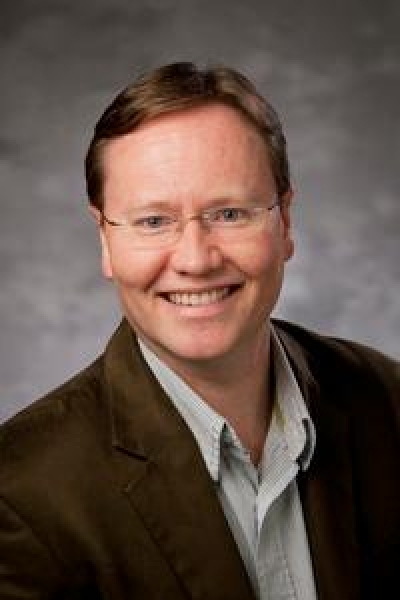 Mark Goodacre is a big fan of Doctor Who—maybe even an obsessive fan. The kind of fan who has friends who host their own Doctor Who podcasts.

When they started, Goodacre probably couldn’t have told you they would inspire him to offer his New Testament scholarship in a new medium. Not only is that just what happened, but the experience led down even stranger roads, like an investigation into the history of a joke about dentures and an email explaining that his voice was a cure for anxiety.

Goodacre, the Frances Hill Fox Professor of Religious Studies, was listening to Two-minute Time Lord in 2009 when he thought, I can do this. The podcast offers two-minute commentaries on the long-running BBC science fiction show Doctor Who, so Goodacre started by mirroring the format, making short clips that he shared with a class he was teaching at the time on the historical reconstruction of Jesus’s life (a topic known as “Historical Jesus” in Religious Studies circles).

“I found that two minutes really wasn’t long enough to develop anything sensibly,” Goodacre said. “So I tried a 10-minute version. You can actually do quite a bit in 10 minutes, so that generally became the format.” 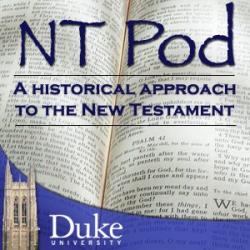 Goodacre has been releasing the NT Pod regularly ever since. Each episode—which have stretched to 15 minutes each now—delves into an issue in Goodacre’s fields of research, including Historical Jesus, historical approaches to the New Testament, noncanonical Gospels and films about Jesus. But while the material pulls from his academic lectures, Goodacre alters the delivery in the podcast. He intersperses audio clips whenever possible and refrains from technical terms so that any educated layperson can follow along. “It’s supposed to be something that anybody with an interest in the subject can listen to,” he said.

He also speaks differently than he does in the classroom so that listeners don’t have an over-energetic lecturer in their ear. “I imagine I’m speaking to just one person,” he said, “so my voice is a bit more gentle on the podcast.” In some cases, his Midlands English accent has had an even stronger effect than intended. “I’ve had one or two emails from people saying they just liked listening to me talk,” Goodacre said. “I had one really nice email from someone who told me that he’d been suffering with extreme anxiety, and he found that listening to the podcast was really calming.”

The new medium has also allowed Goodacre to explore interesting anecdotes that might not merit close attention in a classroom or lecture setting, like biblical forgeries. In one episode, Goodacre discussed a supposed biblical fragment discovered and translated by Paul R. Coleman-Norton. The late Princeton classicist claimed to have found a codex with a more complete version of Matthew 24:51, which concludes "people will weep and gnash their teeth." In his version, a disciple asked what would happen in the case of a toothless man. “Teeth will be provided,” Jesus says.

“One of the reasons it was shown to be a forgery is that people remembered him telling the joke in class long before he’d supposedly discovered the fragment,” Goodacre explained. “So for a bit of fun I did some research to see what the pedigree of the joke was, and I actually managed to trace it back to the 1880s.”

With stay-at-home orders in place due to COVID-19, Goodacre has begun new experiments with the format of the podcast. He did a live episode in April and followed it up in May with a crossover episode with NT Review, another New Testament podcast hosted by Laura Robinson and Ian Mills, two Duke Ph.D. students.

Goodacre said he plans to continue with NT Pod and hopes to bring on new guests going forward, potentially even trying a video episode to discuss visual-heavy topics like burial practices.