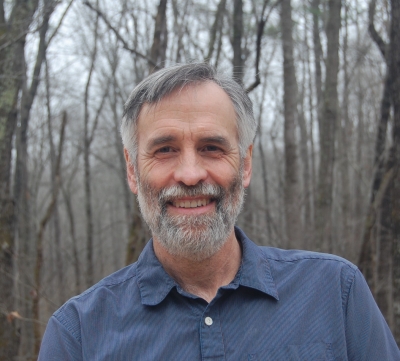 You can blame the Boy Scouts for Dr. William Morris’ career. That wouldn’t be such an unusual origin story for an ecologist. What is unusual are the lengths to which Morris takes his passion for the great outdoors. Studying nature wasn’t enough: he wanted to study nature in extreme environments.

Morris’ research focuses on understanding how plants and the insects that eat and pollinate them respond to climate change. His work takes him to some of the most severe environments on Earth, including the 10,000-foot peaks of Niwot Ridge, in Colorado, the largest national park in the U.S. (Alaska’s Wrangell-St. Elias National Park), and Alaska’s North Slope, north of the Arctic Circle.

On Thursday, March 25, Morris was named a 2021 Fellow of the Ecological Society of America. This life-long award is given to 20 to 25 ecologists each year, in recognition of their outstanding contributions to ecology. It is considered one of the most prestigious ecological awards, and past recipients include some of the most internationally acclaimed scientists in the field.

“Bill literally wrote the book on how to understand the population dynamics of rare species, and his recent work has raised awareness of the consequences of climate change for rare and endangered species,” said Justin Wright, associate professor of Biology.

To detect the effects of climate change on species that live in harsh environments, Morris has been keeping track of populations of two tundra plants for over 25 years. His research covers not only a long period of time, but also a wide geographic range, with field sites and collaborations across the North American West, in addition to European sites ranging from the Spanish Pyrenees to arctic Sweden. What do all of these places have in common? Extreme cold – even in summer – and hardy plants that can withstand it.

“Bill's work is difficult, rigorous and necessarily long-term and it is high time that his scholarship has been recognized by induction as a Fellow of the Ecological Society of America,” said Emily Bernhardt, professor and chair of Biology, and a fellow herself.

When he is not counting tiny plants in some of the most scenic locations on Earth, Morris can be found crunching his treasure trove of data and building mathematical models that help understand and predict future dynamics of plant, insect, and vertebrate populations.

His passion for harsh environments and mathematical rigor has influenced over a dozen Ph.D. students at Duke, most of whom continued onto successful careers in academia, NGOs or governmental agencies.

“Bill helped us pursue the questions and systems that interested us most,” said Robert Shriver, who was Morris’ Ph.D. student and is currently an assistant professor at the University of Nevada, Reno. “Many of Bill’s students did fieldwork in far-flung locations, but Bill was always available right away to answer questions that came up, even in his remote Alaskan cabin.”

“Bill was a thoughtful, patient, and inspiring mentor, who always encouraged and supported me in pursuing my research interests, even if they were outside his field of study,” said Rebecca Dalton, who obtained her Ph.D. under Morris’ guidance and is currently an ecologist at the Environmental Protection Agency. “Quotes truly can’t do him justice.”

His own graduate students were not the only ones positively impacted by his work at Duke. Morris has served in three separate terms as director of graduate studies for the Department of Biology and the University Program in Ecology.

Morris has recently added a very local ecosystem to his list of field sites, starting a project studying Venus flytraps in the North Carolina coastal long-leaf pine savannah, another kind of severe environment.

“It's kind of like fire and ice between the two studies,” Morris said. “With the flytraps it will be 100 degrees and 100 percent humidity in late June, and then we go to Northern Alaska, where it will be just slightly above freezing. But I like to be out in the field, no matter the conditions.”

Morris was always attracted to wilderness. After high school he dreamt of moving to Alaska to live off the land. He finally got to there as a postdoc, when a friend asked for his help to build a cabin in the Great Land. Over thirty years later, Morris has built two cabins himself, and still goes to Alaska every year.

Shriver notes how unusual it is to see an established and very productive professor find time for fieldwork every year. “I think he views fieldwork as a perk of being an ecologist. It was great example of how to enjoy being a scientist, even when it is demanding,” he said.

More than a perk, Morris sees the chance of doing his work as a stroke of luck.

“You need luck to be exposed to something you find out you like, and that you're good at,” he said. “I feel lucky that I found it.”