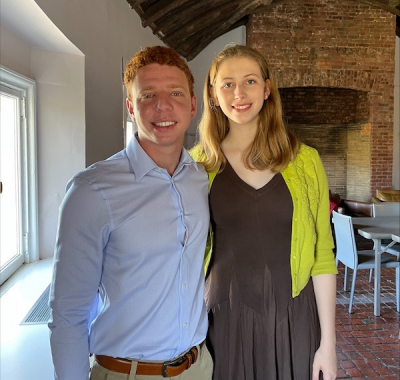 Two Duke students from a Romance Studies class have helped elect the winner of France’s most prestigious literary prize, which expanded its reach to the United States for the first time ever this year.

First awarded in 1903 by French writer Edmond de Goncourt’s literary society, now known as the Académie Goncourt, the prize is France’s version of the Pulitzer. It recognizes a work of “great imagination in prose” and has been awarded to internationally recognized authors such as Marcel Proust and Simone de Beauvoir.

Though rooted in France and originally awarded only there, the Prix Goncourt now has a presence in over 20 countries to celebrate French literature — an assemblage that crosses borders into all the French-speaking world.

As part of the award’s inaugural year in the U.S., Anne-Gaëlle Saliot, associate professor of Romance Studies and director of the Center for French and Francophone Studies, introduced a new 400-level French literature course designed to provide students with the opportunity to read all nine of the nominated novels in their original French, and become literary critics in the manner of a selection committee.

Though launched in alignment with the Choix Goncourt, Saliot’s larger motivation for the course was an embrace of global literature and the global novel.

Saliot’s belief that an education in global citizenship must include access to foreign literature is a common view for many language professors who are astutely aware of the astoundingly low percentage of contemporary literature from around the world translated into English in each year.

“As a professor of French literature, I wanted my students to discover the wide variety of contemporary literature written in French, and the Choix Goncourt enabled me to do that,” Saliot said. “I really think the students have come to know and approach literature as one way to express and reflect on the world.” 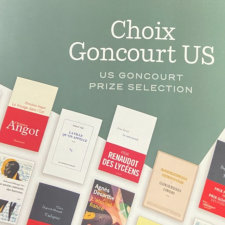 The 2021 book finalists addressed a range of contemporary issues including racism, gender identity, colonialism, disablism and literature in the age of social media, and the award selection included authors from France, Senegal and Haiti.

Students in Saliot’s course had the opportunity to meet and interview four of the nominated authors as part of the class, including Sorj Chalandon, Clara Dupont-Monod, Agnès Desarthe and Louis-Philippe Dalembert. The author visits allowed students to engage in a dialogue with the nominees, ask questions about process and themes, and sharpen their critical analysis skills.

“This is a great class for students of French who are willing to engage with complex social issues and learn more about literature,” said Grace Kurtz-Nelson, a first-year Duke student considering  majors in Public Policy and French.

Having previously enrolled in a course on French media, politics and current events, Kurtz-Nelson realized that literature offered a unique viewpoint for contemporary French-speaking culture.

“I was ready to challenge myself with a seminar class and read French literature, but before this course, I had never read a French novel written for adults.”

Saliot was happily surprised that the rest of the class felt the same and were undeterred by the amount of reading in French. In fact, several students have requested to take the course again next term, wanting to read the new group of Prix Goncourt–nominated authors and novels.

As part of the course, Saliot hosted a brunch at her home to select two students to travel to the Choix Goncourt award ceremony in New York City and serve as judges on the all-student selection panel, alongside French literature students from Harvard, New York University, Princeton and Yale.

Interested students had to give a five-minute pitch about why they wanted to attend the ceremony — where they would need to deliberate in French on which book they favored — as well as why the class was important for them and how they thought they could best represent Duke. The delegates were selected using the same anonymous, online voting system used for the primary election of the Socialist Party in France.

Kurtz-Nelson was one of the Duke delegates. The other was Ali Sadek, a Biology and French double major and a Chemistry minor from Dallas, Texas, whose native languages are English and Arabic.

As a student on the pre-med track, Sadek found the course’s literary and cultural engagement critical for his intended field of study. “Whether it is working in a research lab or alongside other physicians, I look forward to applying the team-based skills I learned in this course,” he said.

Sadek noted that the class and committee for the Choix Goncourt struggled to develop a protocol for comparing the works because they were each so different from the other.

“It took a great deal of discussion and debate to conclude on how to rank the literary works based on these criteria,” he said. “As a class, we often had to overcome strongly differing opinions about the quality of certain works, presenting our arguments through civil discourse. This experience taught us meaningful lessons in the art of collaboration, forcing us to work as a group and accommodate perspectives that were different from our own.”

“American readers who do not read other languages do not have access to the vast majority of world literature,” Saliot shared. “We would all be much better off if cultures could be in real conversation with one another.”

“Reading Literature in French for the Choix Goncourt” will be taught again in Spring 2023. Students will read from the newly selected award finalists.